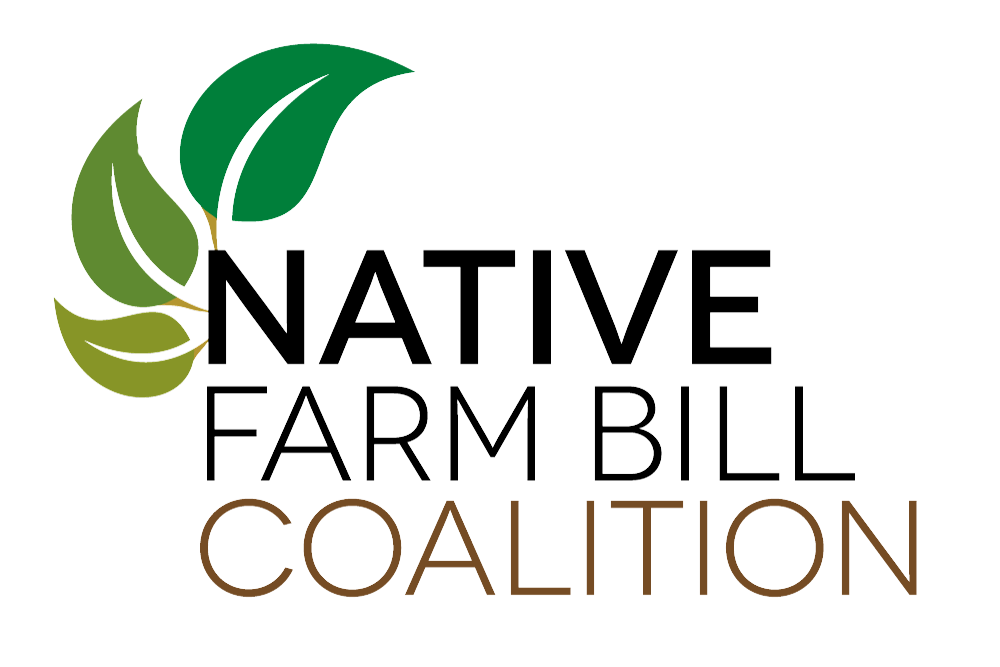 The Farm Bill is a large piece of legislation that passes every five years, and it determines funding for USDA programs. It typically includes 12 separate titles focused on everything from nutrition to crop insurance, and has a profound impact on Indian Country.

The Native Farm Bill Coalition (NFBC) brings together the voices of Tribes, intertribal organizations, other Native organizations and non-Native allies around the country to advocate with a strong, unified voice in Washington, D.C., to advance investments in Native agricultural production, rural infrastructure, economic development, conservation, and forestry.

The Native Farm Bill Coalition was formed in 2017 ahead of the 2018 the largest-ever coordinated effort in Indian County around federal food, agriculture, and nutrition policy. The NFBC was co-founded by the Shakopee Mdewakanton Sioux Community (SMSC), the Intertribal Agriculture Council (IAC), the National Congress of American Indians (NCAI), and the Indigenous Food and Agriculture Initiative (IFAI) as the Coalition’s official research partner. Learn more about the Native Farm Bill Coalition at www.nativefarmbill.com. 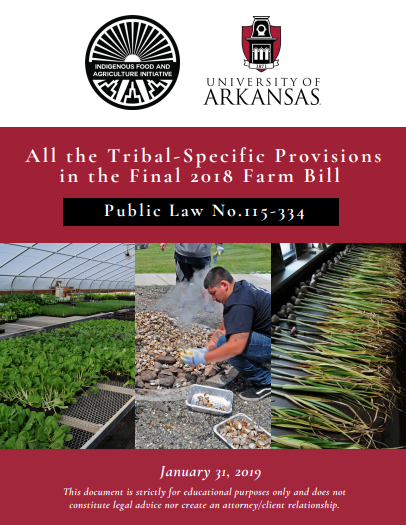 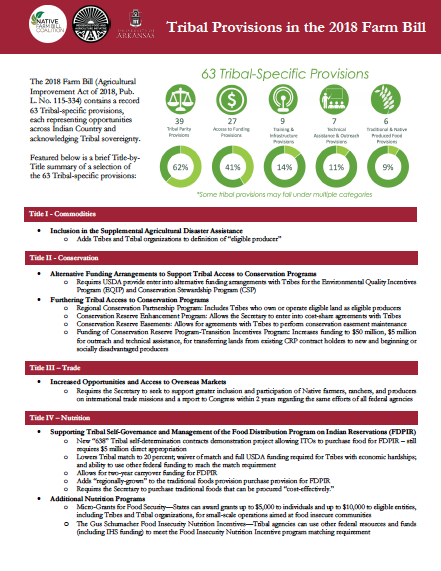 Tribal-Specific Provisions in the House, Senate, and Final Conference Report 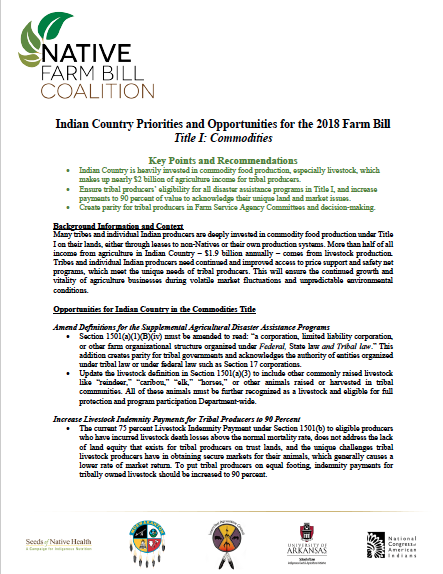 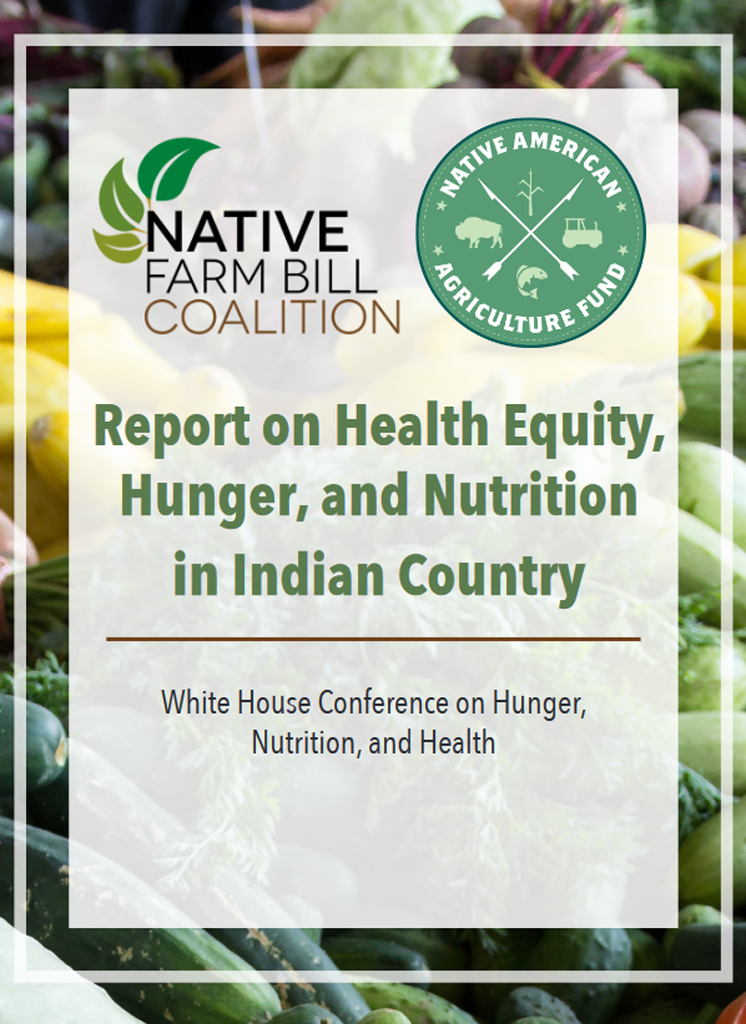 Report on Health Equity, Hunger, and Nutrition in Indian Country 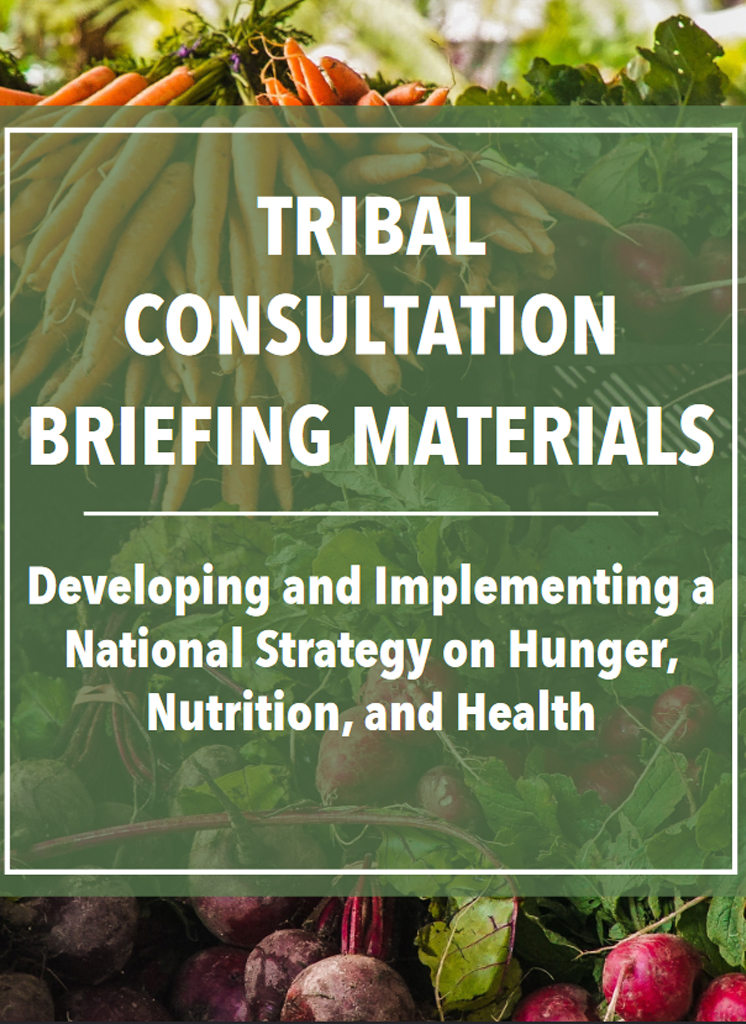 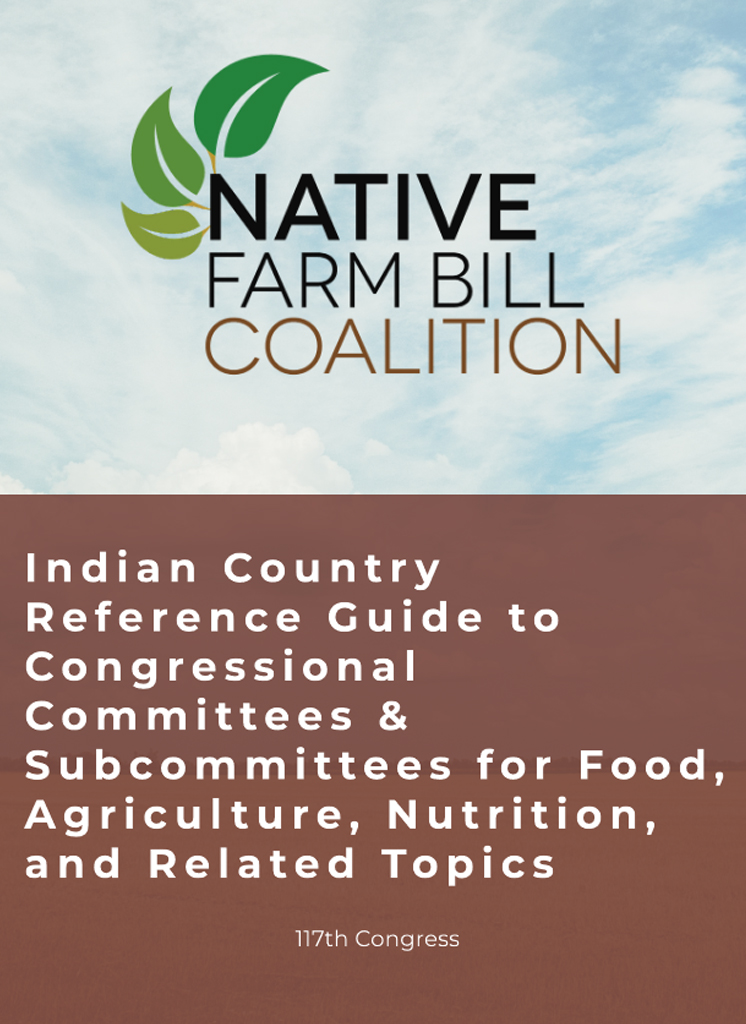 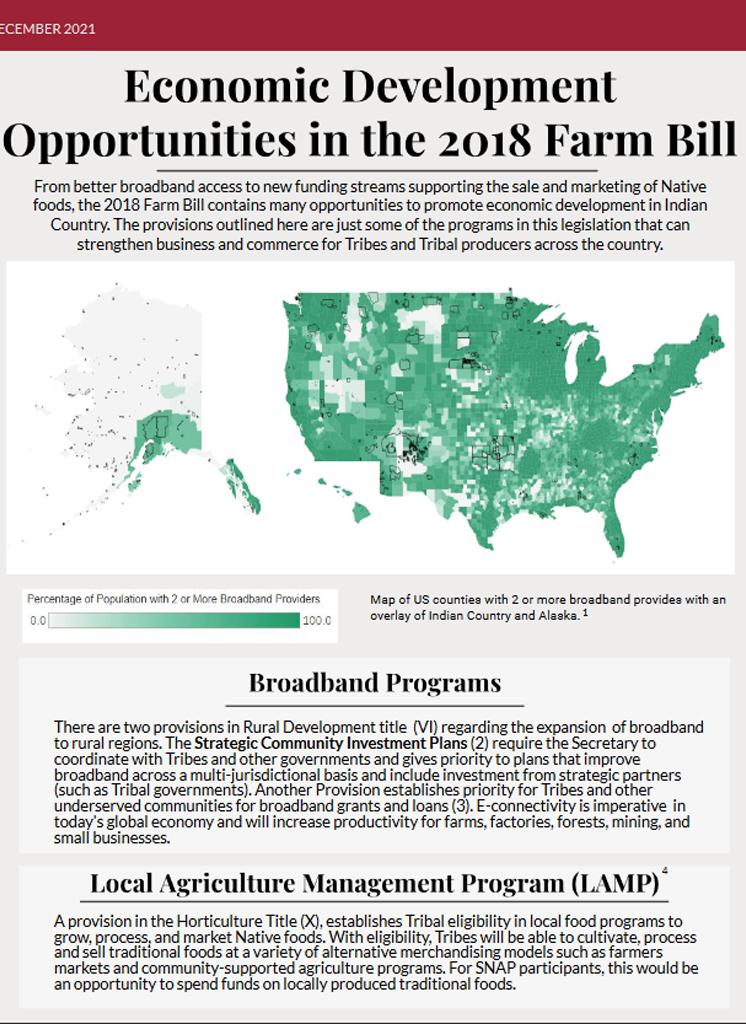 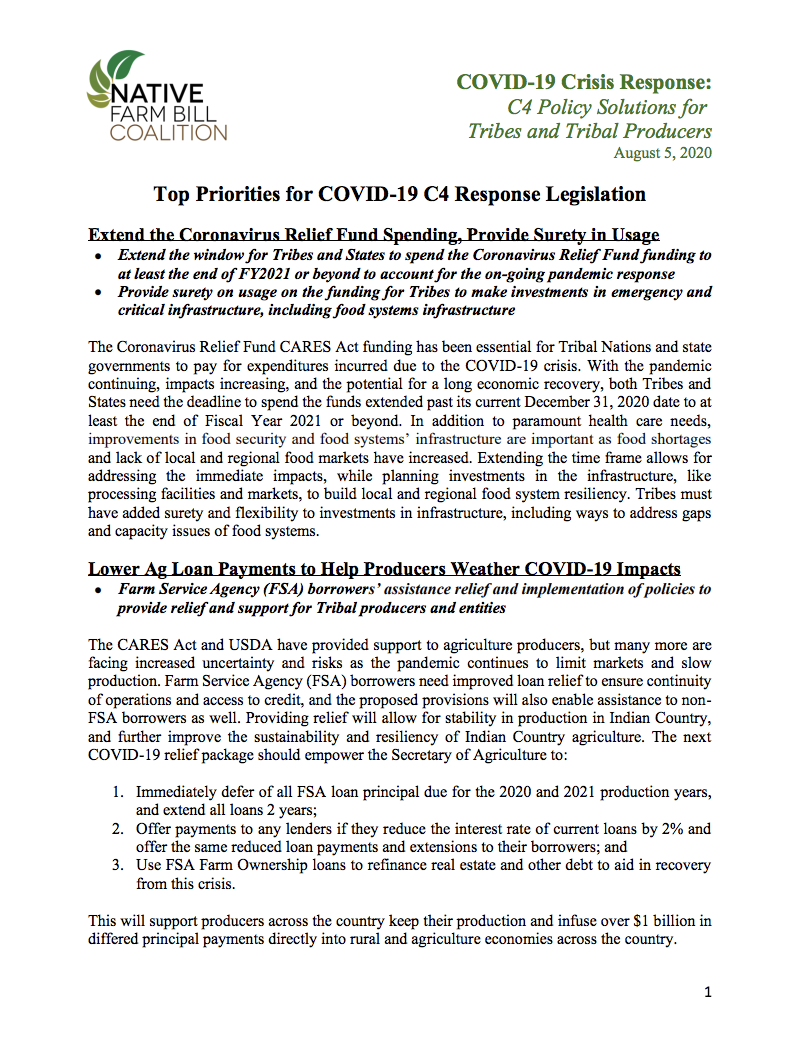 This report, authored by Janie Simms Hipp and Colby D. Duren of the Indigenous Food and Agriculture Initiative, is the most comprehensive analysis ever conducted on Farm Bill issues as they relate to Indigenous populations in the United States. 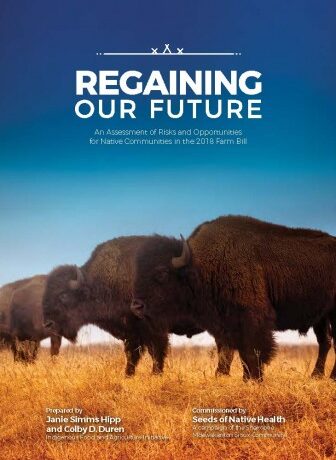